They’re no longer Gen Zzz babies sleeping in their cribs, they’re online, thriving and making the world bend to their will. Millennials have had their share of the limelight with the world talking about them being the entrepreneurs of the future, but now Gen Z consumers have taken over and they are making their presence felt in a big way. They are loud, open-minded and accepting, they create their own content, and disrupt it as well. Essentially, they are re-sequencing the DNA of society and the way they perform it would have an impact on every industry.

Social media has played a very big role in the way they live their lives. They’re the first generation to be brought up in a world surrounded by technology and with a mindset that ‘Yes! Things are possible!’. They’re not naive in optimism but rather practical in their efforts. Platforms like Instagram, Twitter etc. give them a voice, a way to express themselves sans frontiers. With the limitless expression paired with 24×7 online activity, they see, read and talk about what goes on in the world, and also take action. Being the astute and outspoken kind, they don’t shy away from voicing their opinions.

What makes Gen Z so different?

They are demanding greater things from their leaders and companies. They want businesses and brands to be more ethical and sustainable. Gen Z is prepared and willing to open their wallets and e-wallets for brands which promote causes such as stopping climate change, environmental and social awareness, LGBTQ rights, racial justice etc. They are integrating their concerns in their purchases too. With an abundance of information about companies, they have the power to choose and demand what they want, just like any consumer, but when a sizable section of society makes a conscious decision to not opt for a certain brand or company because of their policies and ideologies, they can really change how the market is. Moreover, this gives immense power in the hands of the consumer, which here is an entire generation, a tech-savvy one. Imagine if such a young, hyper-connected and woke generation was to single-out a brand and turn against it, it could have catastrophic consequences for that said brand.

They are concerned about Climate Change and Sustainability

One of the biggest things that distinguishes them from others is that they are willing to agitate for the environment and for other social issues which can have a negative impact if things are left as they were. Generation Z has a unique chance to have a long lasting impact because they might be the last generation with an option to re-write the fate of humanity and of the planet. A very crucial ‘Make it or Break it’ opportunity lies in their path and they are very much aware about it. They understand the repercussions of their actions and are already facing the consequences of what the previous generations have done with their greed and blatant ignorance for the environment. Issues like plastic menace in the oceans, lack of diversity in the workplace, human rights violations etc, for any such issue there will be a Gen Zedder campaign trying to fix it. They would mobilise themselves for a variety of causes and are no stranger to conflict.

Time and again Gen Z has proved that their active social conscience influences their actions. They strive to make positive change to the world and instead of sitting idle and feeling powerless, they choose to speak out. They are ready to pay the price for they stand up for and for what they believe in. Bringing change is difficult, let alone positive change, but change at such a grand level does not come easy and nor does it happen overnight. So, Gen Z turns to activism to voice what change they want and what they do not accept about the current. Social platforms become their pedestal where they can express freely about their demands and desires. They have harnessed the power of social media and started online movements where they’re able to spread the word and connect with like-minded people. Spreading the message over social platforms and creating a viral post to mobilise youth is right up their ally and that’s how they are able to thrive in this digital era. Embodying zeal, passion, curiosity, impatience, a bit of anger and a whole lot of anxiety for the future Gen Z would not stop demanding and advocating for issues which give them sleepless nights…

Do not underestimate Generation Z and their zeal. They would pour their hearts into their efforts till fruition. They really have the true #aimtosustain and it shows in their actions.

What is the CLIMATE CLOCK? 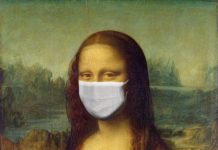 Face masks are everywhere! Do they really protect us? And could they potentially become the new plastic straws of the Oceans? 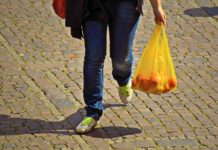 Is your grocery bag as Sustainable as mine? 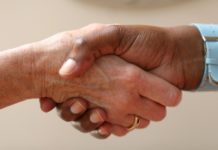 How the world says “Hello” has changed, thanks to Coronavirus